Review of the Farewell Tour of a Terminal Optimist by Lisa Talks About..

If I could’ve held my eyes open for 20 more minutes, I would’ve finished this book in one sitting. It is really that good! I particularly enjoy books with quirky characters that make me laugh, and this one certainly does not disappoint.

When Connor comes home to his neighbor, Mrs. MacDonald because his mother had to stay in Inverness overnight for work:

The humor is similar to that of Frank McCourt in Angela’s Ashes.

Connor Lambert is 15, lives on a tiny island in Scotland, and has the typical teen issues. Sure he’s crushing on his best “girl friend,” Emma, and he has daily run-ins with the school bully, Skeates. But Connor is definitely NOT your average teen. His sister died, and his dad’s in prison (although his mom refuses to let him visit or even tell him why his dad’s been incarcerated for the last 9 years). Oh, and he has cancer.

After a particularly painful bout of bullying in physics lab, Connor and Skeates both end up in the hospital. Connor’s mom is out of the picture, and without anyone to care for him, he ends up in Dachaigh House – an institution for violent youths – with Skeates. Dun, dun, dun!

Despite their former rivalry, Connor and Skeates form an alliance and set out on a road trip (of sorts) to see Connor’s dad in prison with a little money and without Connor’s seven medications he takes twice a daily to keep his cancer at bay.

Fast-paced, full of action, humor, suspense (What happened to his sister, Erica? Why is his dad in prison? What is the big secret Connor’s mom is keeping from him? Will he get to Shotts Prison before being caught or hospitalized for being without his meds? Will his dad even see him once he gets to Shotts Prison? How will Skeates get them out of this mess?), and heartwarming emotions.

I normally dislike books about dying teens, but this one had me feeling all the feels. I laughed (often), my heart raced during the get-aways, and yes, I even cried. Real tears! The last time a book made me cry was . . . well, I can’t exactly remember, but it was a long time ago. The real beauty of this book is that it’s about two boys on an adventure who form an unlikely alliance and “never give up.”

Review of the Farewell Tour of a Terminal Optimist by Lisa Talks About..

Listen to the songs that inspired Connor, Skeates and John Young.

And a Bang on the Ear
The Waterboys

Don’t you (Forget about Me)
Simple Minds

This is The Life
Amy Macdonald

The Dark of the Matinée
Franz Ferdinand

King of the Road
The Proclaimers

What Makes a Good Man?
The Heavy

Need You Around
Smoking Popes 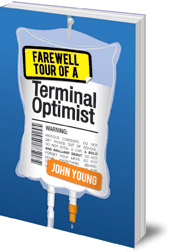 Laura, and the whole of Team Teapot would like to thank each and every one of you for all of the very kind messages we have received today. The Teapot Trust is going from strength to strength because of you all. 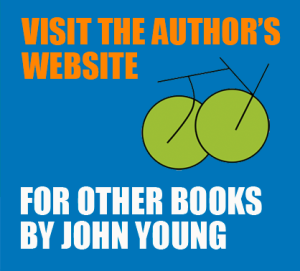 KelpiesEdge publish Scottish books with attitude. Big sister to DiscoverKelpies and imprint of indie publisher Floris Books, based in Edinburgh.